A History of Thanksgiving

The original Thanksgiving was marked by prayer and thanks for the untimely deaths of most of the Wampanoag Tribe due to smallpox contracted from earlier European visitors. Thus when the Pilgrims arrived they found the fields already cleared and planted, and they called them their own. But the “holiday” was not yet declared by the colonists…. 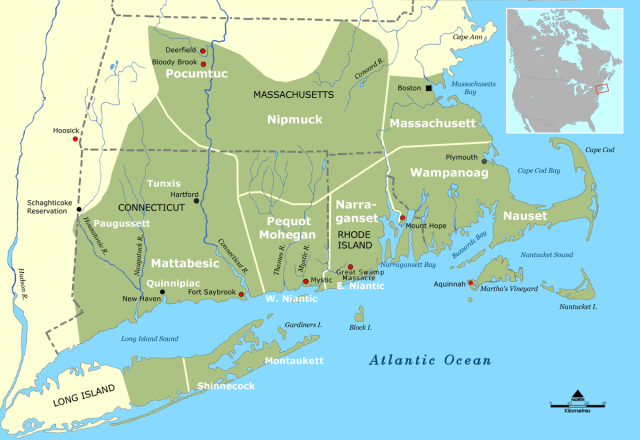 Sixteen years after the alleged first Thanksgiving (using the commonly assumed year of 1621), the English decided the rich Connecticut valley, occupied by the Pequots, the indigenous tribes there, would make a nice addition to their colony. They wanted to get rid of the Pequots in any event – they didn’t like the fact that the Pequots did not exhibit the stringent moral decorum of the Pilgrims, and thus acted as an ongoing temptation to the colony. Moreover, the Pequots were “insolent” in that they resisted subjugation and dispossession. In 1637, colonial militia led by Captain John Mason massacred the Pequots. They were burned alive in their villages – men, women and children alike, some 700 of them. (There had originally been many more, prior to the arrival of disease vectors from Europe.) William Bradford, of Plymouth renown, recorded in his diary:

“Those that escaped the fire were slain with the sword; some hewed to pieces, others run through with their rapiers, so that they were quickly dispatched and very few escaped. It was conceived they thus destroyed about 400 at this time. It was a fearful sight to see them thus frying in the fire . . . horrible was the stink and scent thereof, but the victory seemed a sweet sacrifice, and they gave the prayers thereof to God, who had wrought so wonderfully for them, thus to enclose their enemies in their hands, and give them so speedy a victory over so proud and insulting an enemy.”

He was inspired to issue a proclamation: “This day forth shall be a day of celebration and thanksgiving for subduing the Pequots.”

You can learn more about the righteous destruction of the Native Americans committed by the land-hungry colonists, in the excellent history Facing West: The Metaphysics of Indian Hating & Empire Building by Richard Drinnon.

You can learn more about the righteous destruction of the Native Americans committed by the land-hungry colonists, in the excellent history Facing West: The Metaphysics of Indian Hating & Empire Building by Richard Drinnon. 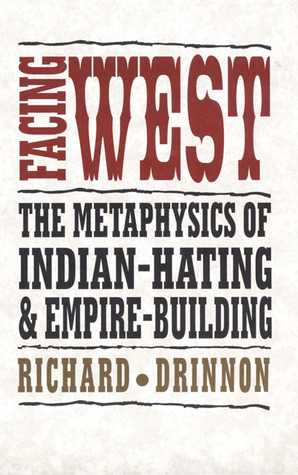 We're into reading, politics, and intellectual exchanges.
View all posts by rhapsodyinbooks →
This entry was posted in History, Holiday and tagged History, Holiday. Bookmark the permalink.

10 Responses to A History of Thanksgiving