Review of “Talking to Strangers” by Malcolm Gladwell

The failure to communicate accurately with one another is the subject of Gladwell’s latest compendium of anecdotes and scientific studies that can explain them. Looking at incidents ranging from confrontations between black Americans and police, to the inability of supposedly expert authorities to evaluate criminal behavior and lies, Gladwell argues that human beings are more prone to misunderstand each other than the reverse, and he believes he knows why. 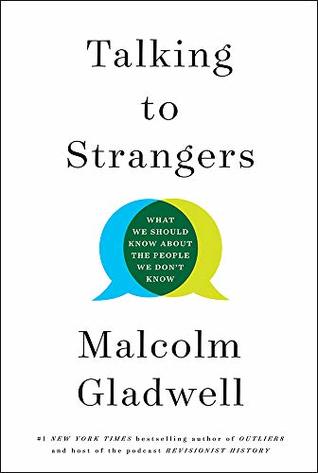 Gladwell documents several tendencies in assessing strangers that have been discovered by research. He reports that our default assumption is that a person – even a stranger – is telling the truth if his or her demeanor seems persuasive. If there is a “match” between the message and the facial expressions and appearance of the person delivering the message, we tend to give such people the benefit of the doubt; we prefer to think we are not subject to being deceived, and respond accordingly. On the other hand, if a person is a stranger, perhaps someone with whom we do not share a culture and history, and whose language, behavior, and appearance differ from our own, we might just as easily default to distrust.

Does this sound a little glib and empirically messy? Once again, as in previous books, Gladwell takes a Procrustean approach to data and conclusions. (In Greek mythology, Procrustes either cut up or stretched out his guests to fit his iron bed. Therefore a “procrustean bed” refers to a theory for which data is manipulated in order to fit its premises.) 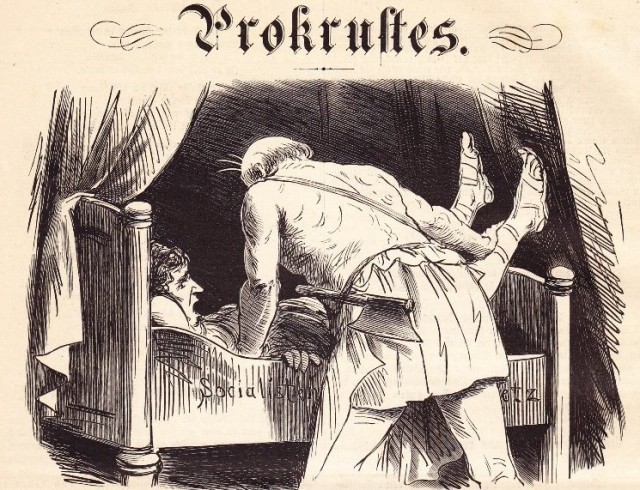 Gladwell has decided that problems in interpreting stressful encounters can be explained because “we do not know how to talk to strangers.” But take the case of Sandra Bland, about which he begins and ends his book. Sandra Bland, a black woman, was pulled over by a white policeman for not using her turn signal when she was in fact moving her car out of the way of the policeman! The tension escalated, with Gladwell providing a transcript made at the time of the encounter revealing exactly what happened. Gladwell concluded that the whole ordeal – so traumatic Bland ended up committing suicide three days after being incarcerated by the policeman – was a manifestation of the stranger problem.

At no time does Gladwell consider other factors that may have played an even larger role, such as endemic racism and the preconceived notions that accompany it; the legacy of that racism both in the behavior by whites in power against blacks, and the reactions by blacks to that behavior; positive reinforcement for toughness and racism from the very top of government; or even the recruiting practices of police and the type of people who (a) apply for the opportunity to wield power with a weapon and (b) are hired to do so.

[In an interview with The UK Guardian, Gladwell was asked why he didn’t mention race. He responded:

“‘The problems with framing it in terms of race is not that it is inaccurate, it absolutely is effective,’ Gladwell says, when I bring this up, ‘but the minute you raise race, you derail the conversation and it becomes possible to dismiss this whole story as a story about a racist cop. Now he may be a racist cop, but that is not the issue, the issue is that the system with the best intentions set him up in a certain way.’”]

Or maybe the issue is that he was a racist cop. Or, perhaps, something else entirely.

The case studies supplied by Gladwell support his thesis, only because we never hear about either counterfactual cases or competing theories that would be just as explanatory, if not more so. Some of the data he cites as definitive appears to be more anecdotal than representative. Even the concept of what constitutes a “stranger” morphs as needed to make his analysis work.

Gladwell’s conclusion shows the same questionable relevance. He emphasizes that society cannot function without a certain level of trust. But, he asserts, we also need to abandon trust when it is appropriate. We need to exercise thoughtfulness, he urges. What is required, he suggests, is “restraint and humility.” Right – admonitions about as effective as “thoughts and prayers” after episodes of gun violence.

Evaluation: This book is darker than Gladwell’s previous works, which dealt with subjects like the love of ketchup or the talent of the Beatles. Moreover, in wanting to impress the seriousness of the subject matter on readers, he seemed a little too inclined, in my view, to include sordid details of sexual assaults that weren’t essential to proving his points. His default [to borrow one of his favorite verbs in this book] to catchphrases can be confusing rather than illuminating.

Throughout, Gladwell’s reasoning was not persuasive to me; he cherry-picked stories that matched his thesis, and cherry-picked explanations for them as well.

Finally, I thought the book could have been condensed into a long magazine article without losing much in the process.

Published by Little, Brown and Company, 2019

5 Responses to Review of “Talking to Strangers” by Malcolm Gladwell