This is the third book in Rosenfelt’s “K Team” series, a spinoff from the entertaining Andy Carpenter mystery series. Andy Carpenter is a very successful criminal defense attorney in Paterson, New Jersey, who only works when he gets roped into it, usually because a dog is somehow involved and Andy has a soft spot for dogs. Laurie, an ex-cop, is his wife. Laurie has now teamed up with a recently retired policeman from the Paterson force, Corey Douglas; his K-9 partner, Simon Garfunkel; and Marcus Clark, Laurie’s muscle, to form a private investigating team called the K Team. 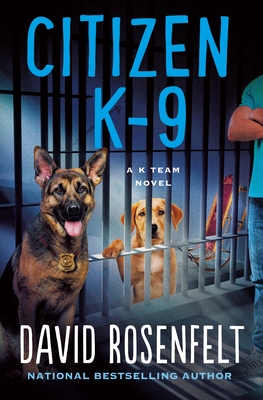 In this book, the Paterson New Jersey homicide department, headed by Andy’s friend Pete Stanton, asks the K Team to work for the department as consultants handling cold cases. They agree, and as they look at the list of cases Pete hands them for consideration, they immediately settle on one they recognize. Two attendees of the Paterson Eastside High School graduating class went missing from the 15-year reunion. Corey and Laurie had both been there that night when Chris Vogel and Kim Baskin disappeared, never to be seen again.

The team revisits the police reports, re-interviews witnesses, and starts to make progress; after all, they have something the original investigators didn’t have. They have time, money, and they have Sam Willis, the tech guru who works for Andy. They also have both Simon Garfunkel and Marcus if any trouble arises.

And trouble indeed arises, as the team uncovers links to drugs, money, and gambling. Of course someone is interested in making sure the truth, and bodies if any, are never uncovered, and that puts the team, as well as their loved ones, in great danger. What they find out shocks them, but they feel they have to keep going until the whole story comes out.

Evaluation: Rosenfelt is developing Corey into a distinctive character, and adding action for Simon, both of which are pluses. Corey, like Andy, is smart, funny, and dedicated to justice, even if he doesn’t come up to Andy’s level in any of those traits. The plots of these books can be complicated, but Rosenfelt manages to tie everything together neatly in ways readers can follow as the story unfolds.

Published by Minotaur Books, a member of the St. Martin’s Publishing Group, 2021

1 Response to Review of “Citizen K-9” by David Rosenfelt