According to The Spruce Eats, a website with recipes and articles about food, true cinnamon or Cinnamomum zeylanicum, dates back in Chinese writings to 2800 B.C. Its botanical name derives from the Hebraic and Arabic term amomon, meaning fragrant spice plant. 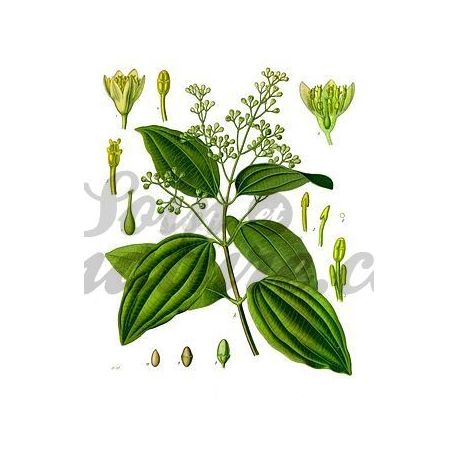 On December 16, 2008, the European Parliament enacted a regulation affecting certain flavorings and food ingredients. The purpose of the new regulations was to ensure that food was safe and wholesome, and that the processing and ingredients used in that processing were appropriately and truthfully labeled, and without negative (especially toxicological) consequences from consumption.

One of the substances falling under the new regulation was courmarin, which is a component of cinnamon. Most foods in the USA and Western Europe, including sticky buns, breads and other products, use the Cassia cinnamon (dried Cassia bark). “True” cinnamon, or Ceylon cinnamon, is prohibitively expensive, but it has very little coumarin, unlike Cassia cinnamon. In high-enough doses, coumarin can cause liver damage in some sensitive individuals. 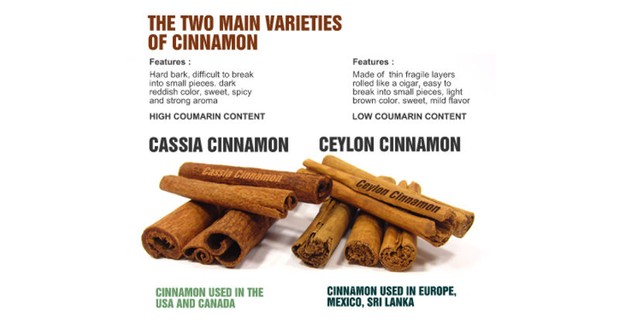 As a San Francisco newspaper in a health feature reported:

“Until 1954, it was legal to use as a food additive in the U.S., but the Food and Drug Administration banned its use after researchers found it caused liver damage in laboratory animals. A 2006 metastudy of the available data published in ‘Food and Chemical Toxicology’ concluded that while a clear link existed between coumarin and liver cancers in lab animals, it remained safe for human use in dietary quantities. But it can be problematic when taken as a supplement.

The Federal Institute for Risk Assessment concluded that you’d need to take about a gram per day — 1,000 milligrams — for six months or longer to be at risk.”

The limit set by the European Union ranges from 5 and 50 mg/kg, depending on the product. “Seasonal” baking, for instance, can use more.

But according to NPR, a survey in 2013 conducted by the Danish Food Administration found almost half of the fine baked goods tested were over the line. Danish food authorities said bakers had to cut back, and bakers were up in arms in what was called “cinnamon-gate”:

“In a news release, the head of the Danish Baker’s Association, Hardy Christensen, countered, ‘We must recognize that to get a cinnamon roll … to taste like cinnamon, we have to use more than the very small amounts allowed, or it’s the end of the cinnamon roll as we know it.’”

The Library of Congress reported that Sweden solved the problem first by announcing that cinnamon buns qualified for the seasonal baked goods exception in the law. Finding a way around the law was critical for Swedes. October 4 is Cinnamon Bun Day (Kanelbullens Dag) in Sweden. It was established in 1999 when Sweden’s Hembakningsrådet (‘Home Baking Council’) tried to think of ways to celebrate the organization’s 40th anniversary. As “The Local” (news from Sweden in English) explains:

“The cinnamon bun is a staple diet of the Swedish ‘fika’ tradition. . . . While the French have their wine and the British their tea, in Sweden people stop what they’re doing to have a ‘fika’ at least once a day, often twice. Pronounced fee-ka, this almost sacred tradition designates a moment to savour a cup of coffee and eat something sweet (usually a cinnamon bun), and it is factored into everyone’s daily schedules whether they are at home, at work or running errands.”

Denmark had initially interpreted the text differently and found that its cinnamon bun equivalents (kanelsnegle, kanelstænger, and kanelgifler) could not rely on the exemption. After the public outcry however, the Danish Food Authority “reinterpreted” the provision and determined that, similar to Sweden, their cinnamon buns also fell under the 50mg/kg exception for traditional baked goods. 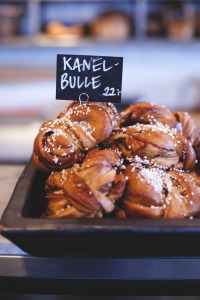 In any event, the daily tolerable intake limit of coumarin is roughly equivalent to the amount of cinnamon you’d find in an entire batch of cookies. . . . which is something that may now and then be consumed by a single person over the holidays. But an EU Business Magazine avers the bigger concern is with those who do this year-round (a problem for other reasons as well) or those who use cinnamon as medicine and thus take large doses. 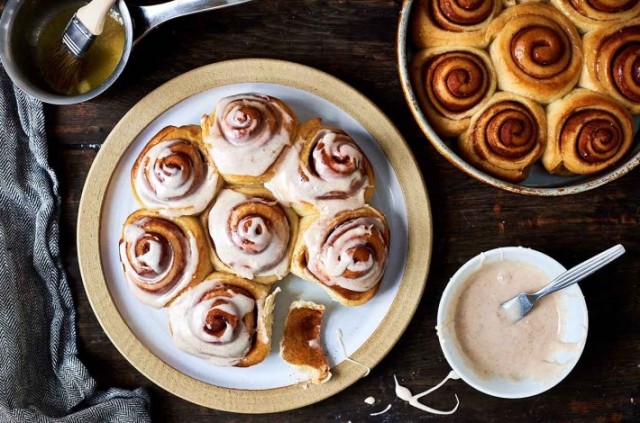 You can find a recipe for these cinnamon rolls on the King Arthur Flour website here – https://www.kingarthurflour.com/recipes/now-or-later-cinnamon-buns-recipe

And by the way, you can also keep this in mind, that a Swedish cinnamon roll is probably “healthier” than an American one:

The Swedish cinnamon bun is much less sticky and sweet than the typical American cinnamon roll. Another essential difference in Swedish cinnamon buns is the cardamom spice in the dough, which adds another dimension of flavour. The buns are baked for just a few minutes in a very hot oven, making them light and fluffy with a golden brown surface. They are then topped with grains of “pearl sugar” as opposed to frosting or glaze.”

This post will be shared with Weekend Cooking, hosted by Marg at The Intrepid Reader (and Baker). Weekend Cooking is open to anyone who has any kind of food-related post to share: Book reviews (novel, nonfiction), cookbook reviews, movie reviews, recipes, random thoughts, gadgets, quotations, photographs, restaurant reviews, travel information, or fun food facts.

We're into reading, politics, and intellectual exchanges.
View all posts by rhapsodyinbooks →
This entry was posted in Book Review and tagged food, Holiday. Bookmark the permalink.