Review of “The Doctor of Aleppo: A Novel” by Dan Mayland

While reading this moving work of historical fiction, I couldn’t help but think of Americans sequestering because of COVID-19 and enraged because they wanted the “freedom” to get manicures and haircuts and go to brunch. Imagine then if they lived in a non-Western country, such as in Syria in 2012, where and when this story begins. Just getting food and water was (and still is) a challenge, not to mention facing the constant risk of losing your livelihood, your home, your family, or being imprisoned, tortured, or bombed.

A civil war erupted in Syria in 2011 between forces loyal to the dictator Bashar al-Assad and those opposed to his rule. Other domestic factions, such as jihadist militants, joined the fray, as well as a number of countries which either became directly involved or provided support to one or another faction, including Iran, Russia, Turkey, and until recently, the United States. (You may recall the horror felt both at home and around the world when President Trump decided to abandon Kurdish fighters who had fought and died to help America destroy the Islamic State in Syria.) As for the devastation in Syria, statistics are hard to come by, but a 2016 study put the death toll at 470,000, with another 1.9 million wounded. A 2018 study cited at least 14,000 confirmed deaths from torture. 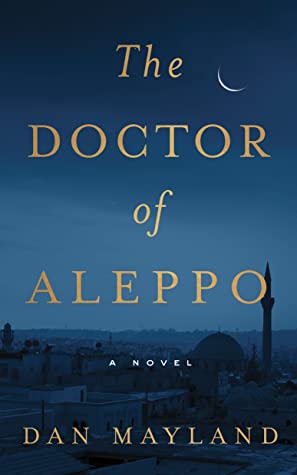 This novel begins in Aleppo, Syria, where we meet the main characters: Samir Hasan, called Dr. Sami, one of the few, very overworked doctors in the city; American Hanna Johnson and her Swedish boyfriend Oskar Lång, in Aleppo representing a Brussels-based development organization; and Rahim Suleiman, an officer in the Mukhabarat – Assad’s notorious intelligence agency. The children of Hasan and Suleiman also feature in the story, because it is the fate of their children, in large part, which drives the behavior of both men.

In fact I think the children are the best characters, even though they play subsidiary roles. As bombs fall down around them, and as people they love are lost or die, they remain children: resilient though fearful, and struggling to be independent, loving, playful, and faithful to what they know and to those who remain in their lives.

The adults have more complicated existences. Suleiman, a cruel and capricious man with the power of the Syrian regime behind him, is intent on punishing both Sami and Hannah, for reasons that unfold during the story. Sami gives a great deal of his time and his talent to others, but is much more parsimonious with his emotions. Oskar is shallow and flighty, although he occasionally manages to step up to the bar when he is needed.

I disliked each of the male characters, but they were so well drawn I had radically different reasons for my antipathy toward each of them. As for Hannah, I felt so bad for her – she was looking for love in all the wrong places, both figuratively and literally. When she finally was able to feel loved and needed in the way she desperately wanted, it was from an entirely unexpected place.

But while the stories of the protagonists and their efforts to survive and protect (or eliminate) each other are quite affecting, I believe it is the horrific fate of the city of Aleppo and its people that will impact readers the most. Much of what Americans hear about the war in Syria consists of dry recitations of history and explications of complex political alliances. This neutralizes what is happening and sterilizes it. Fiction, on the other hand, allows the reader, through the characters, to gain an intimate understanding of the dread, fear, and despair of living in a war-torn country in which one’s fate is determined by far-off actors with agendas bearing no relationship to the day-to-day lives of everyday people. Just as the political becomes personal, each loss becomes personal as well. The author helps readers travel the distance from impersonal language to the imagination of what it really must be like for the people behind the numbers. 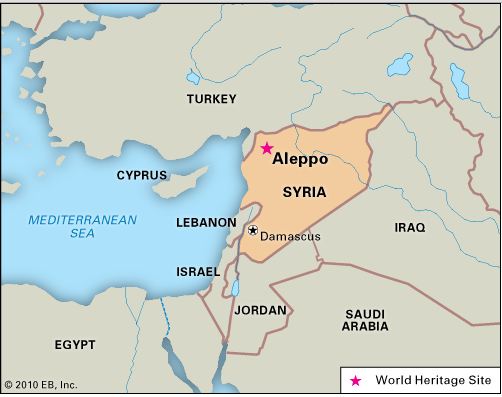 In the case of Syria, the widespread practice of torture is also a constant threat, and plays a part in this story. It is almost unbearable to read about, but it is a fact of life in this country. But so too are bravery and sacrifice, and thankfully, we read about these qualities in the novel as well.

Evaluation: This book tells a story that is hard to forget. As Dr. Sami mused:

“The Aleppo he had known had been a city of manners and civility, of hammams and hidden caravansaries, of universities and soccer stadiums. A city in which Sunni, Shia, and Alawite Muslims, along with Christians, Jews, Druze, nonbelievers, and everyone in between had lived together in at least relative peace. To walk through the souk was to hear languages from all corners of the world. But that city was dead. . . .”

What happened to divide it into lethal factions marked by hatred and tribalism? Finding an answer matters; it seems as if the whole world is devolving into armed camps lacking compassion, a sense of commonality, and an interest in pursuing goals for the good of all groups. Why is it so easy to embrace hatred?

This poignant story and the issues it raises suggest it is an excellent choice for book clubs.

7 Responses to Review of “The Doctor of Aleppo: A Novel” by Dan Mayland