Review of “The Giver of Stars” by Jojo Moyes

I always enjoy reading novels by Jojo Moyes. Like her book, The Ship of Brides, this one tells a story that offers a glimpse into history about which many people were unaware. In The Giver of Stars, Moyes introduces us to the Pack Horse Library Project, one of FDR’s programs to provide employment and social benefits during the Great Depression.

As the Digital Public Library of America (DPLA), in an excellent online exhibit about the program, explains:

“The Great Depression of the 1930s left millions of Americans and industries struggling. Libraries were no exception, with budgets slashed and former workers now facing unemployment. The public served by the libraries was suffering, too. At an American Library Association council meeting in May 1936, it was estimated that one-third of Americans were without ‘reasonable’ public library access.

Enter the Works Progress Administration’s library projects, which served forty-five states, and employed approximately 14,500 people—some of whom were experienced librarians put back to work.”

The program, operating between 1935 and 1943, was particularly successful in Kentucky, where librarians traveled by horseback and foot to connect around 100,000 residents with reading material. 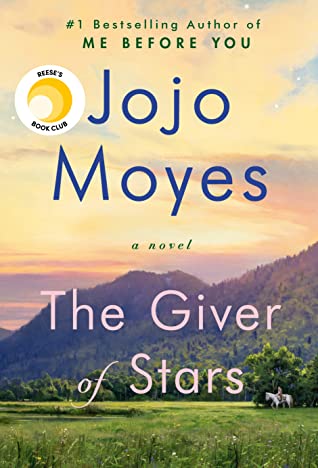 Moyes traveled to the Cumberland Mountains to research the book and, as she writes in the Acknowledgments, to talk to residents “without whose voices I wouldn’t have found those of my heroines.” Also similarly to The Ship of Brides, Moyes envisioned several women from very different backgrounds who were thrown together by the historical circumstances she highlights and whose friendship came to nourish and sustain them.

The main focus is on Alice, who met the handsome American Bennett Van Cleve when he and his father, the rigid doctrinaire despot Geoffrey Van Cleve, were on a religious outreach mission in Surrey, England. Alice married Bennett, hoping to escape her stifling life with her unloving family. But Baileyville, Kentucky was not what she imagined, nor, for that matter, was her husband or married life. The couple lived in a house with her father-in-law, who ruled his roost (as well as the coal mine he owned) with an iron hand. When the call went out for women to join the library group, Alice leapt at the chance, much to the dismay of her husband and the ire of her father-in-law.

The group’s leader, Margery O’Hare, was an independent, free-spirited woman who came from a family long involved in the violence and feuds in the area. Others joined them in the small wooden cabin they turned into a library: Beth Pinker, Izzy Brady, and Sophia Kenworth, the latter an African American woman who is the only trained librarian among them. The group worked mostly with donated items they received by mail, consisting of “ragged magazines and dilapidated books” that they would then rehabilitate and distribute. In this way they shared with area residents recipes, patterns for quilts, spellers, ballads, and beloved classics, inter alia. 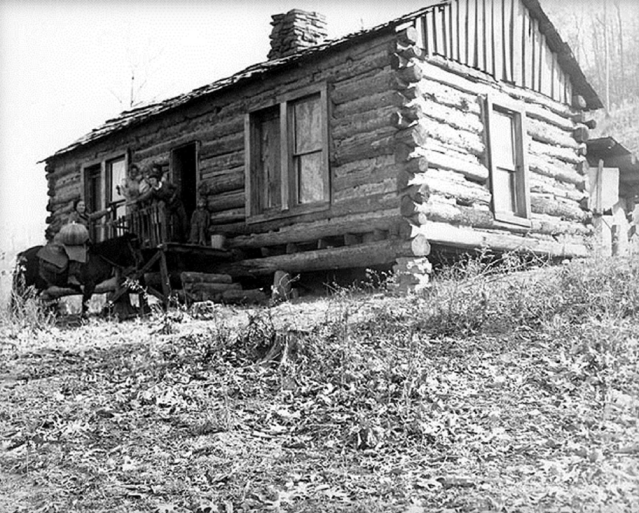 The cabin and the horses the librarians used were the property of Fred Guisler, a kind man in his late thirties who lost his wife and who breeds horses. He helped the women out, seeming to increase the number of visits after Alice joins the group.

Alice found she loved getting out of the Van Cleve house and riding into the mountains. Margery said to her:

“This is what people don’t see, wrapped up in their cities, with the noise and the smoke, and their tiny boxes for houses. Up there you can breathe. You can’t hear the town talking and talking. No eyes on you, ‘cept God’s. It’s just you and the trees and the birds and the river and the sky and freedom. . . . Out there, it’s good for the soul.”

It certainly was good for Alice’s; to her being out there felt like a prisoner sprung from jail. And she grew close to the others, who gave her the friendship and even love that was missing from her life with the Van Cleves. 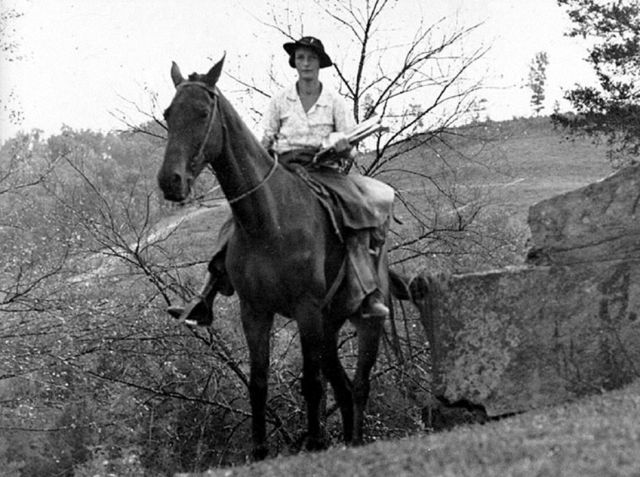 A Pack Horse Librarain returning over the mountain side for a new supply of books, via Goodman-Paxton Photographic Collection, Kentucky Digital Library

Trouble comes to all of them however after Alice read a book in the library about married relations, and tried to approach Bennett with some of what she has read. Bennett, appalled and repelled, told his father, and all hell broke loose. Although Bennett and his father found that their ability to control Alice was gone, Geoffrey had other ways to hurt her. What Alice discovered, however, was revolutionary to her:

“ . . . for a woman at least, it was much easier to feel anger on behalf of someone you cared about, to access that cold burn, to want to make someone suffer if they had hurt someone you loved.”

Evaluation: The characters are so good – I felt sad at the end not to be able to hear more about them. Moyes gets me to care about her characters and think about them long after I finish a book by her. In addition, another of the ways in which Moyes is so excellent is that she generally manages to throw complete surprises into what you assumed was a predictable plot. And finally, in this book Moyes takes readers into those mountains of Kentucky and makes us feel not only their beauty, but the delight of the residents in having their worlds opened up by books, as well as the challenges of literacy and censorship.

On a meta level, one wishes members of the current Administration and Congress would read this book, just to learn about how beneficial it would be for the government to take on the horrible crisis of unemployment with government programs like those initiated by Franklin Roosevelt during the Great Depression. They provided income, social benefits, and helped solved problems like restoring parks and crumbling infrastructure. You can read more about FDR’s support for the citizens of his country here.

Published by Viking, an imprint of Penguin Random House, 2019