Review of “The Narcissist Next Door” by Jeffrey Kluger

The author is an editor at “Time Magazine” and is clearly adept at creating entertainment suitable for magazine articles. But he should have limited himself to that medium. This work is a book-long plunge into pop psychology replete with the usual logical fallacies that stem from lack of rigor, peppered by entertaining anecdotes reflecting Kluger’s opinions about people, whether positive or negative.

Kluger begins by defining Narcissistic Personality Disorder, or NPD, and then proceeds to manipulate data and anecdotes in a procrustean fashion to fit his premise.

According to the psychiatric designation in the “Diagnostic and Statistical Manual (DSM),” NPD is defined as:

“…in effect, three conditions: a toxic mash-up of grandiosity, an unquenchable thirst for admiration and a near-total blindness to how other people see you. But those are only the broadest features. There is, too, a lack of empathy in the narcissist – an utter inability not only to understand what other people are feeling but how they may be responsible for those feelings, especially when they’re bad.”

Kluger adds some other traits to the list: a bottomless appetite for recognition, attention, glory, and rewards; an outsized sense of entitlement; a willingness to take advantage of other people for one’s own gain; a conviction they are too clever to get caught at malfeasance; an indifference to any harm they do to others; and a profound sense of grievance when their schemes don’t work out.

You may be thinking, wow, that’s the U.S. President. And in fact, ironically enough, Kluger began the book, published in 2014, with a profile of Donald Trump, who indeed fit the definition pretty well. And this was before he had the power to act on all the characteristics of NPD to a destructive level only seen historically in the worst authoritarian leaders.

But Trump is a happy exception, we might say, to Kluger’s tendency to apply the definition of NPD willy-nilly and not always appropriately to people. Kluger admits his diagnosis is descriptive “more or less” or “often” and “on a continuum.” If Ingrid Bergman got divorced from her quiet doctor husband to marry a sexy [sic] Italian director, it was, according to Kluger, because she was a narcissist; not, say, because she and her husband grew apart from each other, or even because her husband opted against staying with her anymore. If Taylor Swift has gone through a lot of boyfriends, again it is because of narcissism, with no consideration that it might be difficult for young males to be the partner of one of the most popular and highly-paid pop stars in the world who is besieged by paparazzi, giving the couples little chance for privacy or normalcy. Warren Beatty was (at first) a narcissist, per Kluger, because he allegedly slept with a lot of women, but then he grew out of it somehow when he met Annette Bening. On the other hand, maybe when he was a young, attractive Hollywood star, women were throwing themselves at him, and he, like many other young men would do in that position, could not or did not see a reason to resist. 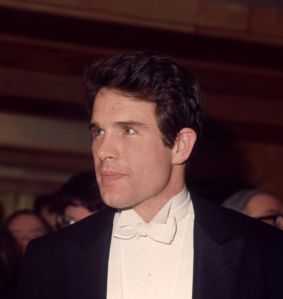 At the back of the book, the author reprints the Narcissistic Personality Inventory Test used for self-classification of narcissists. The nature of the questions seems directly to contradict the definition of a narcissist. If, as suggested, narcissists have no idea how un-wonderful they are, why would they be able to rate themselves realistically? And where is the line drawn between narcissism and, say, self-confidence? Kluger points out, for example, that Tom Hanks is an admirably nice person. But clearly he is self-confident. What is the distinction between him and others Kluger mentions besides the fact that Kluger likes Hanks and dislikes those he considers narcissists? And when is behavior simply bad or even pathological rather than “narcissistic?” Kluger describes some of the thoughts expressed by the two boys who went on a shooting spree at Columbine High School. He classifies them as “narcissists.” Wouldn’t they more realistically be labeled as sociopaths?

In short, it seems like “narcissism” describes whomever and whatever Kluger wants it to describe. To support his thesis he cherry-picks data and does not consider other explanations for the same phenomena. Scientific rigor is not his strong suit. E.g., that Carly Simon allegedly was targeting Warren Beatty with her song “You’re So Vain” is evidence of nothing. The section ranking all U.S. Presidents based on very biased and very incomplete information is particularly bizarre. Yes, now we have some audiotapes that reveal presidential conversations, but for most of U.S. history, the motives and behaviors of presidents were opaque. From the very beginning, George Washington, who was extremely conscious of his historical legacy, carefully oversaw and curated what would be written about him, and instructed Martha to burn all their letters. How are these “ratings” based on manipulated legacies (and/or histories that are generally written with an eye toward shaping collective memory) even informative?

Kluger regularly confuses or conflates correlation with causation, as in the cases of Taylor Swift and Ingrid Bergman. And, as mentioned above, he is apt to change or modify his definitions when he can’t get the data to fit any other way.

Evaluation: While Kluger’s book has lots of diverting anecdotes, I don’t think it should have been couched in a form purporting to be “science.” Jim and I read this for a book club, and because of its controversial premises, gossipy content, and near universal applicability, it did make a great selection for discussion.

Published by Riverhead Books, an imprint of Penguin Random House, 2014