Review of “The Butterfly Girl: A Novel” by Rene Denfeld

The story in this novel is in some ways dark and depressing because it is unfortunately based on the author’s actual experience as a homeless child living on the streets and now a foster mother as well as a private investigator. As she said in an exchange on Goodreads:

“I grew up with a lot of trauma. My stepdad was a registered predatory sex offender, for instance. Much of my writing is informed by my own history, including my efforts to use my experiences to help others . . .”

She expertly limns the desperation and depravity of the living conditions of homeless children in Portland, Oregon, but also the contempt with which many of the privileged treat them. The few institutions that serve them are inadequate, and moreover, there are no shelters that just serve abandoned children without adults because of legal concerns. 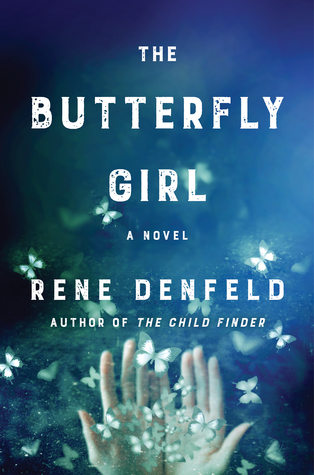 This is the second book in a series featuring Naomi Cottle, known to law enforcement as “the Child Finder.” Naomi, now 30, bolted from captivity when she was nine, with few memories except that she was found by migrant workers in a small town near Portland with strawberry fields, and that she had a little sister she left behind from wherever she escaped. She has been married for a year to Jerome, with whom she used to share a foster home. During the previous year, Jerome helped Naomi search for her sister, and the trail has led them to Portland.

Alternate chapters are narrated by Celia, a child of 12 who left a drug-addicted mother and a physically and sexually abusive stepfather to live on the streets. In a parallel plot line to Naomi’s, Celia worries most about the little sister she feels she abandoned by fleeing. But Celia is in a great deal of danger herself, being of the age that children are most commonly abducted from the streets and abused or even killed. Celia has two male friends among the homeless kids who help protect her. But psychologically she survives as many street children do, by retreating to a fantasy world when things get rough. In Celia’s case, she pictures butterflies – their beauty, their freedom, and their ability to fly away.

Naomi is successful in finding missing children because she has a better sense of what to look for and where to do it than most investigators who have never been through what she has. Her goal now is somehow to identify who abducted her; then maybe she can locate her sister or at least find out what happened to her. She knows from past cases that the most successful sociopaths are those who look like “normal” people. No one who knows them wants to believe they are capable of being monsters, so they don’t allow for the possibility. And yet Naomi herself is not without the same prejudice in distinguishing between those who might be a threat and those who aren’t.

In fact, Naomi makes exactly that error after she meets Celia and her attention is drawn to the men lurking around Skid Row. (As the author points out, many men – some of whom are from the elite of society – come there to prey upon the young people for sex. As repulsive as it is for the children, the kids comply because they need the money or they will starve to death.)

In the meantime, as Naomi learns from meeting with local law enforcement officials, someone is killing young homeless girls in Portland and dumping their bodies in the river. Naomi senses Celia is in danger, and her urgency in solving the mystery of her own past becomes entangled with the need to protect Celia.

Discussion: Denfeld’s writing is very good and the plot is compelling, but this book is nonetheless difficult to read. I was reminded of The Blue Notebook by James A. Levine. That novel also depicted children who were abused in multiple ways for the pleasure of very sick people, albeit in Mumbai, India rather than in Portland, Oregon. One would want to think there wouldn’t be any similarities, but as UNICEF reported, the United States has the seventh highest child poverty rate among 41 high-income countries. The U.S. also has the second highest rate of child murder after Mexico.

As for Oregon, according to the Portland Tribune,

“Oregon ranks first in the nation for the rate of homeless children and youth and 10th in the percentage of foster care placements, according to a new report by WalletHub. . . . The report, ‘2018’s States with the Most Underprivileged Children,’ compared the 50 states and the District of Columbia across 24 metrics using statistics from the U.S. Census Bureau and other sources to rank the states on child welfare.

Metrics included the percentage of children living in poverty, the rate of child food insecurity, the state’s share of children who have been reported abused and other factors.”

(In this book, Denfeld points out that many children on the streets ran from abusive situations in foster homes.)

“A recent state audit shows the Oregon Child Welfare Office is still plagued with no centralized system for reporting child abuse, high caseworker turnover and a lack of follow-through on recommendations from previous routine audits.”

Evaluation: This is a difficult book to read. I kept at it because I knew, although the book is fiction, it concerns a problem that actually exists and about which we all need to have awareness and think about solutions. And Denfeld is a good writer. In spite of the darkness of the story, it is very much worth your while.

Published by Harper, and imprint of HarperCollins, 2019

7 Responses to Review of “The Butterfly Girl: A Novel” by Rene Denfeld