Review of “Dreyer’s English: An Utterly Correct Guide to Clarity and Style” by Benjamin Dreyer

Benjamin Dreyer is copy chief of Random House, and he wants to share with readers what he has learned over the years about good writing. Unlike a many books on usage and style, this one is not only informative but humorous. [It is killing me not to write quite humorous, but in his very first chapter, he lists words to eliminate in order to make your prose crisper, such as: very, rather, really, quite, in fact, inter alia.] He advises:

“If you can last a week without writing any of what I’ve come to think of as the Wan Intensifiers and Throat Clearers – I wouldn’t ask you to go a week without saying them; that would render most people, especially British people, mute – you will at the end of that week be a considerably better writer than you were at the beginning.”

He also attacks the modifier “literally,” calling it “the Intensifier from Hell.” “No,” he states, “you did not literally die laughing.”

He explains that prose rules “aid us in using our words to their preeminent purpose: to communicate clearly with our readers.” He avers, “I swear to you, a well-constructed sentence sounds better.” Still, he is much more flexible that one would suppose. Dreyer in his witty, breezy book tells us that most of the don’ts we learned in the last century were (or are now) maybes.

He notes, somewhat dispiritedly, that the English language is “not so easily ruled and regulated . . . [it] continues to evolve anarchically.”

In many cases Dreyer has the good grace to tell us what the old rule was. He proposes that the writer may observe them or not in his (or ‘her’ or sometimes ‘their’) discretion. (He doesn’t care for the use of the singular ‘their,’ but seems ready to bow to the inevitable if the gender of a single person is unknown.)

He does stress the importance of the serial comma (sometimes called the “Oxford comma”), providing funny examples of misunderstandings from omitting it. [That is the comma that precedes the final ‘and’ in an enumeration in most American books, but is typically absent (presumably to save space) in most American newspapers.] 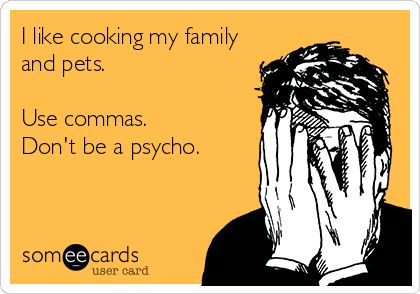 He also is against using the passive voice, even while allowing that sometimes one needs to emphasize something other than the subject of a sentence. But he wants you at least to know what the passive voice is, writing:

“If you can append ‘by zombies’ to the end of a sentence (or, yes, ‘by the clown’), you’ve indeed written a sentence in the passive voice.”

He is not above taking opportunities to inject veiled political jabs into his rationales for his recommendations. For example, he bemoans the tendency of the President of the United States to misspell words, and has this to say on the importance of fact-checking quotes:

“In an era redolent to the high heavens with lies passed off as truths – often by career perjurers rabidly eager to condemn as fabrications facts they find inconvenient – I beg you not to continue to perpetrate and perpetuate these fortune-cookie hoaxes, which in their often insipid vapidity are as demeaning to the spirit as in the inauthenticity they are insulting to the history of the written word.”

He includes sections on, inter alia, “Peeves and Crotchets” (such as the use of aggravate versus irritate), “The Confusables” (affect versus effect, for example), and “Notes on Proper Nouns” which includes “Miscellaneous Facty Things” and “The Trimmables,” i.e., all those redundant phrases we use, from “blend together” to “exact same.” 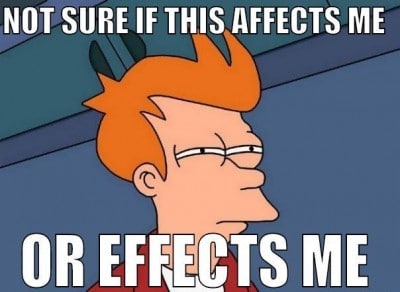 Dreyer peppers the text with funny footnotes, sometimes all the more amusing for being digressive.

This book, like many of its genre, can be sampled a little at a time. I enjoyed it so much I read straight through, over to cover.

6 Responses to Review of “Dreyer’s English: An Utterly Correct Guide to Clarity and Style” by Benjamin Dreyer