Review of “Searching for Sylvie Lee” by Jean Kwok

This novel begins with a Willa Cather quote reflecting the main theme of the story: “The heart of another is a dark forest, always, no matter how close it has been to one’s own.” 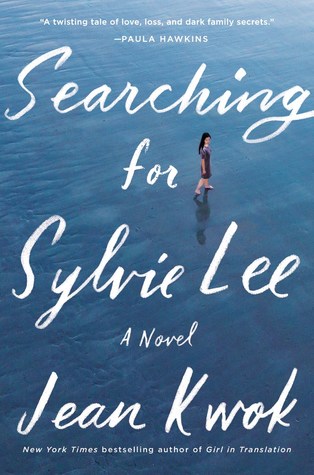 Amy Lee, 26, travels from Queens, New York to the suburbs of Amsterdam in the Netherlands after her older sister Sylvie goes missing. Sylvie had lived in the Netherlands until she was nine with their Grandma and their cousins, the Tan family, because her young immigrant parents in New York could not afford to support her. Sylvie recently went back to the Netherlands when she heard her beloved Grandma was dying. Then Sylvie disappeared.

“Often there’s a dichotomy between the beautiful sister and the smart one, but in our family, both of those qualities belong to my sister. And me, I am only a shadow, an afterthought, a faltering echo.”

Ironically, we learn in the chapters narrated alternately by Amy, Sylvie, and Ma, that Sylvie felt the same way about Amy. As much as the sisters love each other, each doesn’t really know who the other is, nor what is in her heart. Nor do they really see behind the facades of others in their family.

There were a number of barriers to transparency in their lives. As with many immigrant families, the younger generation spoke a different language. Amy’s native language was English and Sylvie’s was Dutch, while Ma continued to speak primarily in Chinese. Not only were their languages different; all three of them grew up in different cultures. The daughters also experienced tension between, on the one hand, the culture at school and work, and on the other, the culture their parents inculcated at home. This split seemed especially salient for them because both in the U.S. and in the Netherlands, Amy and Sylvie had been taunted and bullied for being Asian. All of this encouraged them to keep their heads low and remain apart from others: the effects were long-lasting. For Sylvie it meant developing a persona that was “acceptable” for someone of a minority race (although, as she found, it was never really acceptable not to be white). But after a while, even Sylvie didn’t know who she was anymore.

Sylvie also discovered she didn’t even know her own husband, Jim. When she came to see him as Amy did, she realized “In love and life, we never know when we are telling ourselves stories. We are the ultimate unreliable narrators.” Or as Billy Joel said in his lyrics for “The Stranger”:

Some of the secrets everyone is harboring do eventually come to light however, and we finally learn what happened to Sylvie.

“How my knowledge of Sylvie, and Ma, of myself has changed. We had all been hidden behind the curtain of language and culture: from each other, from ourselves. I have learned that though the curtains in the Netherlands are always open, there is much that can be concealed in broad daylight. . . . The truth is, it is impossible to hide from yourself. Another truth: it is possible to find yourself anywhere.”

Discussion: I tend to concur with the view promulgated by Benjamin Dreyer, Random House Copy Chief, in his recent book Dreyer’s English. He advocates judicious and sparing use of dialect. For example, non-English speakers think in their native language, not in broken English. In this book, the author has Ma thinking in broken English rather than in a grammatical version of her native Chinese.

Evaluation: I liked this very moving story, although I wasn’t as impressed with the writing as I had been with Kwok’s previous two books. I would still recommend it – the author offers wonderful insights in all of her work into the perils and promises of immigration, and the acculturation challenges for all involved.

Published by William Morrow, an imprint of HarperCollins, 2019