This book is part of the excellent series by Chicago Review Press featuring educational content plus twenty-one related activities.

The author, an engineer and former elementary school science teacher, educates kids about the groundbreaking NASA project that led to mankind’s first steps on the moon, which took place on this day in history, July 20, 1969. 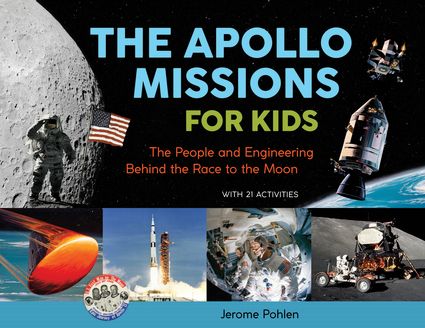 As Pohlen relates in the Introduction, the Apollo missions included eleven manned flights into space, six of which landed on the moon. In all, astronauts brought back 842 pounds of lunar rocks and soil, which are still yielding new information to scientists as more modern techniques are applied to analyzing Apollo-era samples.

Twenty-nine astronauts flew Apollo missions, and we get to know all of them in this book. The author writes:

“Apollo was a bold, complicated, dangerous, and expensive adventure. But as [astronaut] Pete Conrad knew, it was also a lot of fun.”

The author begins with the Soviet Union’s launch of Sputnik, the world’s first satellite. This event led to the challenge issued by President John F. Kennedy after taking office in 1961 for the U.S. to take the lead in space exploration. The history continues through NASA’s initial forays in space achievement – beginning with Project Mercury, followed by Project Gemini. The Apollo program was conceived in early 1960. It ran from 1961 to 1972, with the first manned flight in 1968. 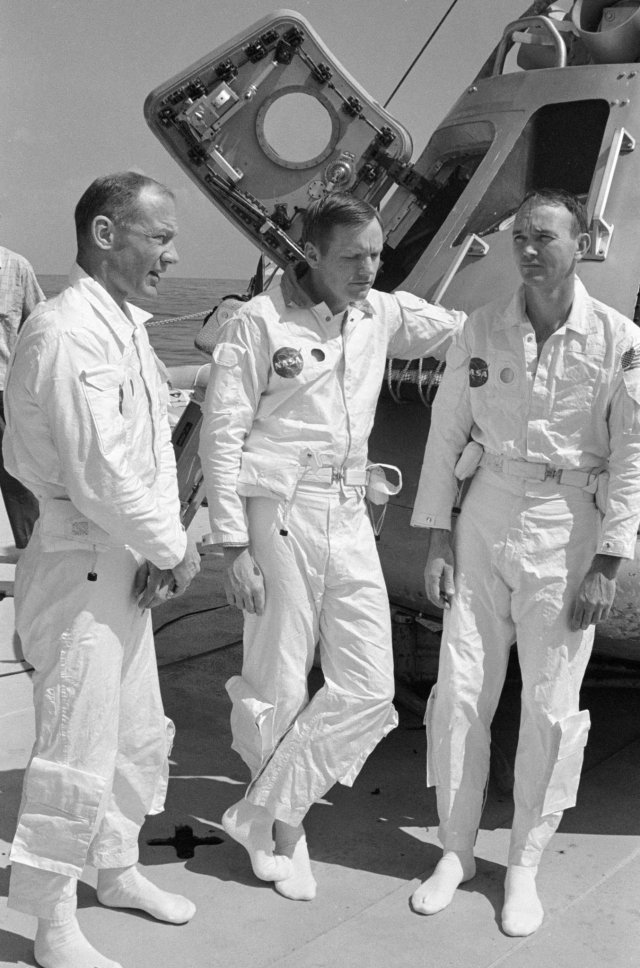 The Apollo missions stimulated advances in many areas of technology incidental to rocketry and human spaceflight, including avionics, telecommunications, and computers. As interesting as finding out about all that is, what I like most about this book is its focus on the human element – the astronauts and the impact the program had on their lives.

I thought it was particularly fascinating that the effects could be so diametrically opposite. Jim Irwin, part of the Apollo 15 crew – had his Christian faith deepened by being on the moon. Looking back on the earth, he “was touched by a desire to convince man that he has a unique place to live, that he is a unique creature, and that he must learn to live with his neighbors.”

Bill Anders of Apollo 8, on the other hand, had the opposite reaction, and lost his faith. He said:

“When I looked back and saw that tiny Earth, it snapped my world view. Here we are, on a kind of a physically inconsequential planet, going around a not particularly significant star, going around a galaxy of billions of stars that’s not a particularly significant galaxy – in a universe where there’s billions and billions of galaxies. Are we really that special? I don’t think so.”

Pohlen also covers all the tense moments during the program, as well as the exciting triumphs. For example, Apollo 8 reached the moon on Christmas Eve. The crew relayed the first live televised pictures of the Earth and the Moon back to Earth, and gave their impressions of what they were seeing to an audience estimated at one quarter of the population of the world. Then the crew did a reading from Genesis in the Bible, ending with: “From the crew of Apollo 8, we close with good night, good luck, a Merry Christmas, and God bless all of you – all of you on the good Earth.” 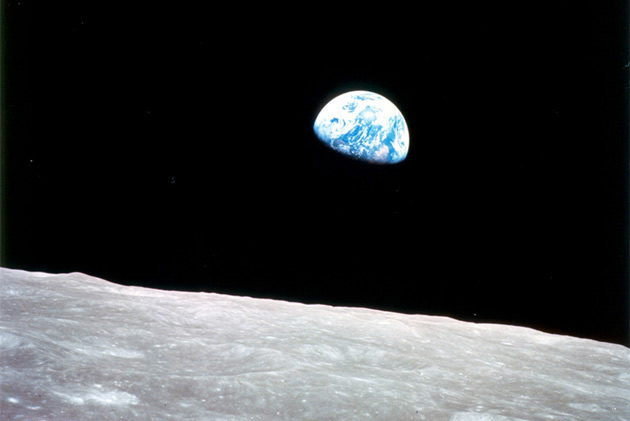 There are a number of informative sidebars in the book. They explain concepts like Earthrise; illustrate the parts of the moon suit; and demonstrate how the Apollo lunar modules and command and service modules were put together. Other sidebars feature special short bios of contributors to the program, such as the mathematician Katherine Johnson, software pioneer Margaret Hamilton, and even the television show “Star Trek.”

Like the other books in this series, this one has twenty-one projects for kids that extend the lessons imparted in its history to other subject areas. Readers will learn how to pick out the most prominent features of the moon, how to calculate what they would weigh there, “Orbital Mechanics Made Easy,” and how to make “space food,” inter alia. The activities are fun, easy, and educational.

This cake, designed for the celebration of the 50th anniversary of the first step on the moon, would also be a perfect project for kids (or their parents). 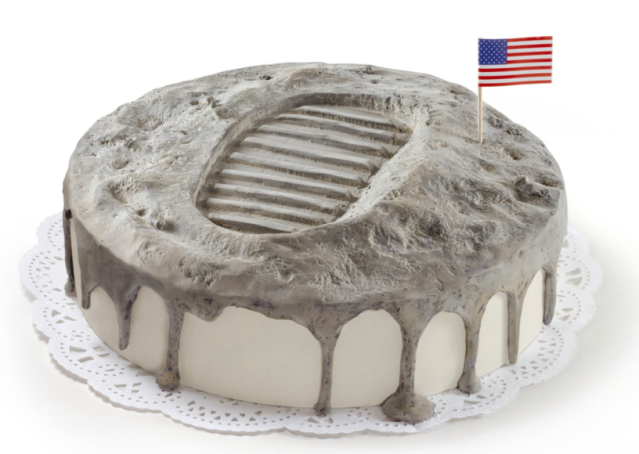 A glossary of acronyms, and list of relevant books, films, museums, and websites are at the back of the book.

Evaluation: This book and the others in the series provide an outstanding supplement to school materials for kids. The author’s experience as a teacher and creator of award-winning science kits is evident in the appealing and accessible nature of the material. The narration is interspersed with plenty of photos and graphics and to mix it up and keep it interesting.

Note: To commemorate the 50th anniversary of humans walking on the moon for the very first time, NASA has created a special website. From the home page, there are links to collections of both archival and retrospective videos, images, and audio recordings covering multiple Apollo missions, some of which can also be downloaded. Similarly, a Google Arts & Culture site dedicated to this event has a great deal of images and information.

Published by the Chicago Review Press, 2019

We're into reading, politics, and intellectual exchanges.
View all posts by rhapsodyinbooks →
This entry was posted in Book Review and tagged Book Review, Kids, science. Bookmark the permalink.