Review of “The Hot War: Bombs Away” by Harry Turtledove

Even before World War II ended, American strategists had concerns about potential Soviet incursions into other countries. In particular, the State Department thought it critical to keep the Soviets out of Korea – because not only would Korea provide ice-free ports to the USSR, but it would allow them a strategic advantage in relation both to China and Japan.

As Max Hastings reported in his book, The Korean War, less than twenty-four hours after the atomic bomb was dropped on Nagasaki, the U.S. military was planning to occupy Korea. The Russians of course objected and the U.N. got involved, dividing the country along the 38th Parallel. 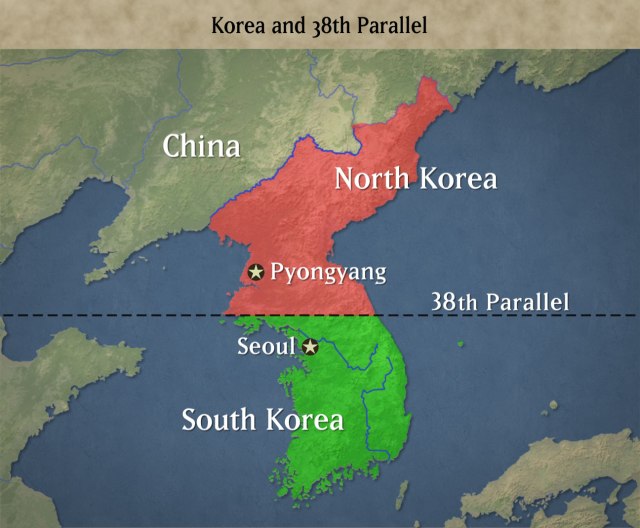 North of the line, the Soviets installed the ruthless dictator Kim Il Sung, and south of the line the Americans sponsored its own ruthless dictator, Syngman Rhee. Relations were not good between the two parts of Korea, and by 1949 border skirmishes were frequent. The defeat in China of the American-sponsored Nationalist army of Chiang Kai Shek by the Communist army of Mao Tse Tung hardened American attitudes and exacerbated fears about the Communists. Thus when Communist Kim Il Sung decided (with Stalin’s express permission) to invade South Korea in 1950, it was only a matter of time before the U.S. went to war.

In the early months of the war, the Americans and South Koreans were nearly driven off the peninsula, but they rallied under the direction of General Douglas MacArthur, who planned and executed a dramatic amphibious landing at Inchon, behind the North Koran lines. The Americans then drove north, captured the North Korean capital, and approached the border of China, which had not yet entered the fighting. Against specific instructions from Truman, MacArthur continued to drive north, provoking a surprise Chinese intervention which turned the tide once again and threatened to push the Americans out of Korea. With his troops retreating, MacArthur tried to get Truman to approve the use of atomic weapons against the Chinese and North Koreans. 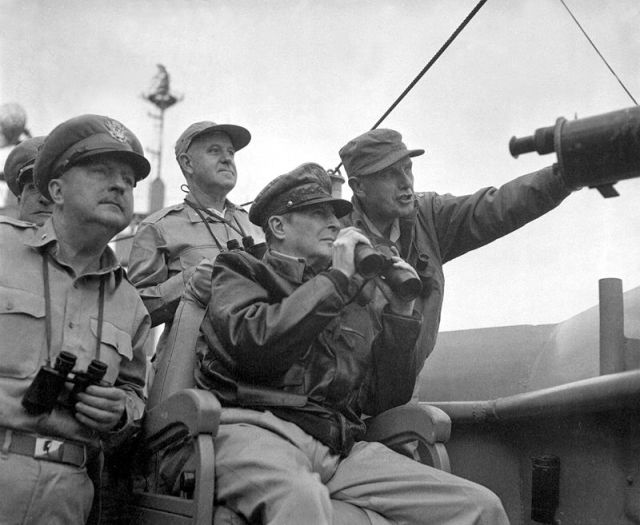 President Truman himself did not rule out their use when questioned by the press.  Republican Senator Joseph McCarthy, the self-appointed implacable foe of anyone he deemed to be “soft” on Communism, was whipping up public opinion against the Administration, putting more pressure upon it.  On December 24, 1950, MacArthur even submitted to Truman a list of targets he wanted to bomb in North Korea and China, requiring twenty-six atomic bombs.

Fortunately, Truman decided against the nuclear option, but the U.S. had come close. Hastings reports that the military was much more enthusiastic about taking this step than the Truman Administration, and he opines:

“…had the Chinese proved able to convert the defeat of the UN forces into their destruction, had the Eighth Army been unable to check its retreat, and been driven headlong for the coastal ports with massive casualties, it is impossible to declare with certainty that Truman could have resisted the demand for an atomic demonstration against China. The pressure upon the politicians from the military leaders of America might well have become irresistible in the face of military disaster.”

Harry Turtledove, “The Master of Alternate History,” uses this book (which is the first of an eventual trilogy) to consider what would have happened if Truman had indeed capitulated to the pressures around him and authorized the use of atomic weapons. 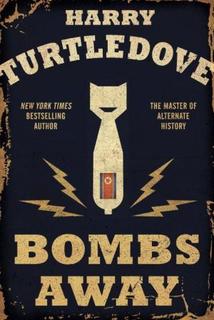 This book is of course very scary, not only because we were just a hair’s breadth away from this actual scenario in the past, but because present conflicts in the world raise similar specters.

Turtledove focuses on a few people in different parts of the world to tell what happened in his alternate history and how it affected all of the participants. He certainly knows his history, his weaponry, and the coarse language that men in battle often employ. While this means that much of the writing isn’t as “elevated” as one might want, it seems very authentic.

In a rather ironic plot development (given the March, 2015 real-life incident involving Germanwings Flight 9525 and its suicidal co-pilot), one of the sets of people being followed consists of a pilot and co-pilot of one of the planes that will be delivering the atomic weapons, and the co-pilot seems stressed and depressed. The pilot says to him, “Seriously, though, man, are you good to fly? I don’t want you in that seat if you aren’t up to doing the things you need to do.” There is no way Turtledove could have known how close that particular subplot could come to the tragic accident involving the German pilot for the Germanwings airliner. And yet, he is so adept at conjecturing what *might* happen at any one time, it is no surprise he came so close on this one.

Evaluation: One thing you could never say about Turtledove’s books is that they aren’t thought-provoking. I will be thinking and talking about this one for a long time to come!

1 Response to Review of “The Hot War: Bombs Away” by Harry Turtledove