Review of “Adaptation” by Malinda Lo

This is a young adult scifi novel that combines some familiar tropes with some new twists.

Reese Holloway and David Li, juniors at Kennedy High School in San Francisco, are in Arizona for a national debate competition when planes start falling out of the sky. All of them allegedly crashed because of bird strikes. Reese, texting her BFF Julien, finds out that there are theories of a government cover-up of even more crashes than have been publicized, combined with a suspicious media blackout. Thus, Reese, David, and their debate coach decide to drive back to San Francisco instead of risking their lives in the air. But much goes wrong on the way, and Reese and David end up in a life-threatening accident close to Area 51.

[Area 51 is a secret military base in Nevada. Rumors have abounded over the years that this is where the military has sequestered extraterrestrials, and that this secret has been kept from the public (with or without government complicity, depending on the particular conspiracy theory).] 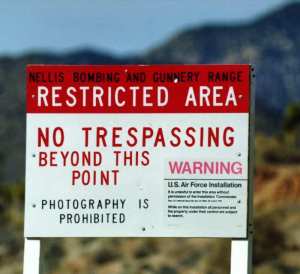 Reese, it must be noted, has been harboring a secret crush on David. Maybe David likes her back or maybe not. The accident makes all that moot. And when David and Reese are released from their hospital after a month of being in medical-induced comas to save their lives, all they know is that they are now different somehow … in a very freaky way.

Moreover, after they are back home, Reese meets a very striking girl, Amber, and develops a crush on her too.

Is this coming of age? Or something spookier? Because nothing has been the same since Reese and David were OPERATED ON in Area 51!

Discussion: For me, this book exhibited both strengths and weaknesses.

You have to love a book full of bisexual, gay, and straight characters and everyone is cool about it.

And did I mention mixed races of all sorts?

Reese is 17, but she usually acts much younger. She can be incredibly naïve, immature and stupid for someone her age.

The girl-with-the-gay-best-friend plotline is getting old…

The actions taken on the roads by panicky people and a suddenly-fascist military seemed pretty unlikely to me.

The government official characters (each with names like Special Agent X) seemed more like over-the-top movie caricatures (wearing dark glasses of course) than realistic officials under those same circumstances.

Last but not least, there is a scene that is so Richard Dreyfuss-and-the-mashed-potatoes that I couldn’t believe the author would include it without having to include an acknowledgement to “Close Encounters of the Third Kind”!

Evaluation: Easy recipe for this book: Take a well-worn movie plot full of well-meaning aliens and evil government officials and re-tell it for a YA audience. Throw in all sorts of diversity. Add a semi-cliffhanger at the end so readers will be back for Book Two. (Some readers, that is…. Probably not this reader.)

Published by Little, Brown and Company, a division of Hachette Book Group, Inc., 2012

9 Responses to Review of “Adaptation” by Malinda Lo