This is the first English translation of Swedish author Anna Jansson’s crime series featuring Detective Maria Vern. Although this title is the 11th book in the series, Maria actually doesn’t figure much in this story, so I didn’t feel I was missing essential plot elements by not having read earlier installments. 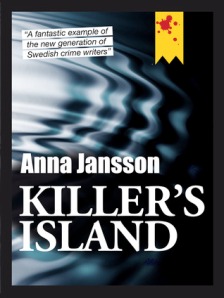 On the Swedish island of Gotland, there have been a number of vicious and ritualistic murders. The killer seems to know a great deal about his victims, who share some similarities. Maria’s colleague Erika takes the lead on this case, since Maria herself has been attacked, although she was not killed. [This fact turns out to be a possible clue to the killer’s motives.]

Erika juggles the demands of the casework with her personal life, and this compromises her dedication to solving the crimes. Meanwhile, suspense builds as the deaths continue and red herrings pile up, and dangers increase for the detectives involved in the case. It doesn’t help matters that Erika bears a striking resemblance to some of the previous victims. 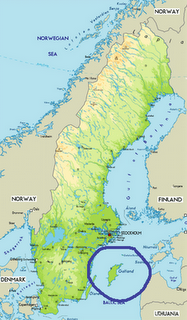 Discussion: In trying to make ambiguous the guilt or innocence of one of the main characters, the author has the character behave quite inconsistently and therefore this person is not too convincingly wrought. It’s an interesting problem from an authorial point of view – you want to create good red herrings, but you still need to create believable characters. Another red herring is the introduction of a plot line that in the end turns out to be totally unrelated to anything, and therefore its inclusion seems baffling rather than clever. Other authors have accomplished the art of constructing credible red herrings, but I don’t believe that Jansson has done so in this particular book.

Evaluation: In spite of some shortcomings, this is an entertaining page-turner. I had some problems with the story (see the Discussion, above), but would still recommend it for those wanting more familiarity with popular Swedish crime writers. Stockholm Text, the publisher, intends to translate more of these popular authors for English-speaking audiences. For me it is a bonus of globalization!

9 Responses to Review of “Killer’s Island” by Anna Jansson