Review of “Mudbound” by Hillary Jordan

Set in rural Mississippi, the story centers around two interconnected families: the white McAllan family, and their tenant sharecroppers, the black Jackson family.

Henry McAllan married his wife Laura late in life and then surprised her by adopting farming and taking her and their two children, Amanda Leigh and Isabelle, to live at a horribly broken-down place she promptly names Mudbound. Henry’s misanthropic father, Pappy, lives with them and generally makes life miserable for anyone he encounters, especially Laura. But Henry’s brother Jamie, younger than Henry by nineteen years, captivates Laura by the impression of his strength, although later she abruptly becomes disillusioned with Henry upon discovering, in her view, that he was no superhuman hero but just another weak man.

The black sharecropping family is headed by Hap and Florence Jackson; their war-hero son Ronsel served in World War II in the famous 761st Tank Battalion. 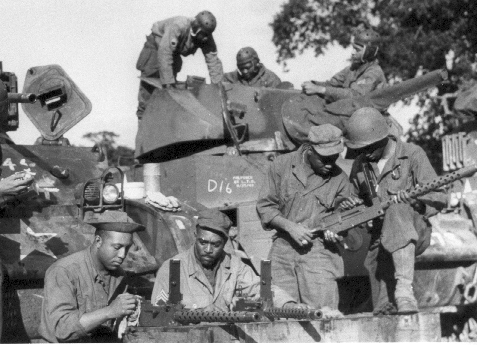 Two decades before, Henry had fought in World War I, coming home with white hair and a limp, but no other discernible problems. Jamie, like Ronsel, served in World War II, and came home damaged and dependent on alcohol. The only one who could understand what Jamie was going through was Ronsel, but white and blacks were not allowed to mix in the poisonous atmosphere of the post-war South.

[During World War II, some 2.5 million black Americans registered for the draft. Some 909,000 served in the Army; 167,000 in the Navy, and over 17,000 enlisted in the Marines. They went overseas to put their lives at risk in the fight for freedom and democracy, and they come home to find these ideals were not meant for them in their own country.

Ironically, the Ku Klux Klan became reenergized by the returning black veterans, who wore their uniforms and seemed to know no fear, and thought they could assert their equality. The response of the KKK was a renewal of violence.

According to the Social Science Institute at Fisk University, groups of blacks and whites clashed at least 242 times in 47 cities in 1943 alone.]

The story begins with Pappy’s death and then backtracks. By the time of Pappy’s death, Henry is 49, Jamie is 29, and Laura’s age is between the two of them.

The McAllans (except for the evil Pappy) are not as racist as some of the others in their town, but hold condescending attitudes toward blacks nevertheless. As Henry mused:

“Whatever else the colored man may be, he’s our brother. A younger brother, to be sure, undisciplined and driven by his appetites, but also kindly and tragic and humble before God. For good or ill, he’s been given into our care.”

Jamie, the most upbeat and charming of the bunch, seems to cause nothing but trouble. Laura can hardly resist his allure, especially in comparison with the stolid Henry. This creates unfortunate consequences. But they are not as horrifically tragic as those that result from Jamie’s insistence on his right to pal around with Ronsel, despite warnings from the racists in town.

Discussion: This story is told in alternating chapters from the points of view of six characters: black and white; male and female. Sometimes plot points overlap so that the reader gets different perspectives of the same events.

It’s ironic that one of the few likable characters – Jamie – is the one who is considered responsible for creating the most havoc. But the other characters are not honest with themselves in their eagerness to assign blame. Jamie is the most considerate and enlightened of the bunch, but the small-minded society in which he now lives cannot tolerate such attitudes.

Laura has occasional bouts of backbone, but mostly she buys into the acceptable roles offered by her house and in her town, and her love for Jamie turns off like a faucet when she detects in him what she considers to be weakness. (And I found her definition of weakness to be repellent.)

Henry is inconsiderate and cold, but Pappy is a hostile, domineering sociopath. As evil as he was, though, I didn’t find him unrealistic. On the other hand, Laura’s meek toleration of him seemed impossible to believe, even given the rigidity of roles for Southern women at the time.

I’ve seen reviews that hold the Jacksons to be too saintly, but I didn’t see them that way; I thought they were good people who were moderately flawed, and who were the victims of a profound injustice that struck a lot of good people at that time.

Evaluation: I am gratified to read a book that gives a more accurate portrayal of the viciousness that inspired some whites to don sheets after black veterans returned from fighting in World War II, mistakenly thinking that they might now be entitled to be treated like fellow human beings. (See, for example, this account of lynching after the war.)

The funeral of George Dorsey, a black veteran of World War II lynched in Georgia in 1946.

In this respect the book contrasts favorably to the more “feel good” story of The Help. Leonard Pitts, Jr., one of my favorite columnists, recently wrote:

“As Americans, we lie about race. We lie profligately, obstinately and repeatedly. The first lie is of its existence as an immutable reality delivered unto us from the very hand of God. That lie undergirds all the other lies, lies of Negro criminality, mendacity, ineducability. Lies of sexless mammies and oversexed wenches. Lies of docile child-men and brutal bucks. Lies that exonerate conscience and cover sin with sanctimony.”

This book tells less lies than most. It is worth reading.

Published by Algonquin Books of Chapel Hill, a division of Workman Publishing, 2009

28 Responses to Review of “Mudbound” by Hillary Jordan