Lyn Miller-Lachmann, Author of Gringolandia, on “Categories and Boxes: YA, Adult, and the New Crossover”

I have the privilege to provide a guest post for you today by Lyn Miller-Lachman, whose wonderful book, Gringolandia, I reviewed previously.

Ms. Miller-Lachman addresses today the question that has so many of us stymied: what makes a book “Young Adult” (YA)? The emphases in the interview are mine – I couldn’t resist “highlighting” some critical passages!

Categories and Boxes: YA, Adult, and the New Crossover 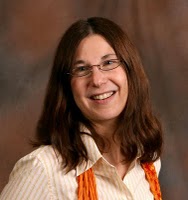 When I first started writing fiction seriously after graduating from college (when it seems that everybody wants to do the same), I didn’t know about the categories of adult and young adult. Thus, I wrote a novel manuscript in alternating third person point of view of a father and his 15-year-old daughter and shipped it off to publishers and agents. An agent felt I was promising enough for her to take me on, but she explained that I should consign that first novel manuscript to a drawer and write “young adult.” She handed me a copy of the New York Public Library’s “Books for the Teen Age” list and sent me on my way.

As a high school teacher in New York City, I enjoyed writing young adult fiction, at least at first. My students shared their stories with me and cheered my efforts. My first YA novel, Hiding Places, about a teenage runaway, found an enthusiastic audience and a place of the “Books for the Teen Age” list. But after a while, I chafed at the restrictions of contemporary realistic YA fiction—the point of view limited to that of a teenager, the stock scenes and restricted venues (home, school, teen hangouts, etc.), and the short shelf life of books with extensive pop culture references.

After a lost contract, I gave up writing fiction altogether for 10 years, and when I returned, I intended to write for adults. But I found myself growing attached to my adult novel’s teenage characters, and as I raised my own children and continued teaching, now at the middle school level, I returned to the old YA manuscript that almost was published in 1990.

The adult novel, an eco-thriller titled Dirt Cheap, found a home with a progressive, non-profit small press, Curbstone Press, which published mostly adult books but every year published one or two books with teenage protagonists. Some of these, such as Carla Trujillo’s What Night Brings, were originally published as adult titles but embraced by YA librarians and high school library media specialists. Others, like Lorraine López’s Call Me Henri, were marketed as YA.

My editor and I knew that Gringolandia occupied a space between young adult and adult. What tilted it to the YA side were the teenage protagonists, the first person present tense narrative (perhaps the most popular narrative style in YA, though third person narratives are becoming more common), and the concerns of two young people moving from childhood to adulthood—identity, physical changes, first love, changing relationships with parents, the development of a personal value system, and sampling for the first time the risks, responsibilities, and privileges of adulthood.

At the same time, Gringolandia broke many of the “rules” of YA fiction. Daniel and Courtney spend very little time in typical teenage venues. Despite their age, they move in an adult world. At points, they are aware of the difference, as when Courtney finds herself at a party where she is the only teenager. She compares this party to high school parties, but not really knowing the difference she puts herself and others in danger because of her lack of judgment and life experience. Later on, Daniel and Courtney arrive at a place where children are forced to take on adult responsibilities before their time. As a work of historical fiction that deals with torture and its aftermath, the novel is intense and somewhat graphic, although the reality was even worse. In that sense, it would be considered “edgy” but not in a way typical of YA fiction. And while adult points of view are almost never seen in a YA novel, two chapters of Gringolandia are told from the point of view of Daniel’s father. The first of those is filtered through Courtney’s perspective, while the second is, in a sense, Marcelo’s “last word,” revealing the full meaning of what Daniel has done and the person he has become over the course of the story.

We decided to market Gringolandia as YA rather than adult because over the past 20 years, YA itself has changed. Whereas contemporary realistic novels dominated the market 20 years ago, today science fiction, fantasy, and historical fiction (and combinations of these such as time travel and steampunk) have taken teenagers out of familiar realms. The dilemmas of identity, family, first love, and all the rest are the same, but teenagers in these genres occupy the same world as the adult characters. And whereas teenagers who were avid readers 20 years ago would have moved from YA to adult books by the end of middle school, today both high school students and adults read YA along with adult books. These older readers of YA have made possible a greater experimentation with genre, subject matter, and style. Novels like Gringolandia push the boundaries of what is considered YA, but my efforts wouldn’t have been possible without writers such as Francesca Lia Block, Laurie Halse Anderson, Markus Zusak, Benjamin Alire Sáenz, and many others. And, of course, J.K Rowling, who made it acceptable for adults to read children’s books.

Although my editor is no longer alive to disagree with me—he passed away suddenly while Gringolandia was still in production—I think we made the right decision to publish it as YA. As an adult novel, it might have gotten lost, as Dirt Cheap did. Moreover, I saw my primary audience for Gringolandia as teenagers who are looking for novels that don’t talk down to them, that don’t lull them to sleep with the familiar, and that don’t treat them as celebrity-obsessed consumers. I also wanted immigrant teens, like the ones I taught in New York City, to see their experiences reflected, but one step removed. While things have changed for the better in Chile—in large part because of the struggles of people like Daniel and his father—this story is still lived today in many other places throughout the world.

The critics have accepted Gringolandia as a YA novel. It was included on the American Library Associations 2010 Best Books for Young Adults list and the Bank Street College 2010 Children’s Books list in the 14 and up category. It received an IPPY Gold Medal in the Children’s Multicultural category, and an Américas Award Honorable Mention, given to outstanding children’s and young adult books that depict Latin America, the Caribbean, and Latino cultures in the United States.

That said, adult readers have embraced Gringolandia as well, so I don’t feel that marketing the novel as YA has limited my readership. Most of my speaking engagements have been in adult venues, where I’ve talked about human rights issues and the long-term impact of torture on individuals, families, and communities. I hope the success of Gringolandia opens the door for other crossover, or multigenerational, novels that build bridges between young people and their elders by raising fundamental questions of our place on the world and how our words and actions affect each other and the planet.

14 Responses to Lyn Miller-Lachmann, Author of Gringolandia, on “Categories and Boxes: YA, Adult, and the New Crossover”