Review of “Fingersmith” by Sarah Waters

This book has more twists and turns than Lombard Street in San Francisco! 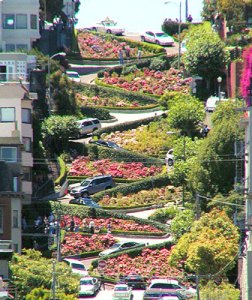 Imagine seeing the movie “Sixth Sense,” and then seeing several more like it right afterwards, and each time, never having any idea of how it would turn out. This will give you an idea of the roller coaster ride that is Fingersmith. 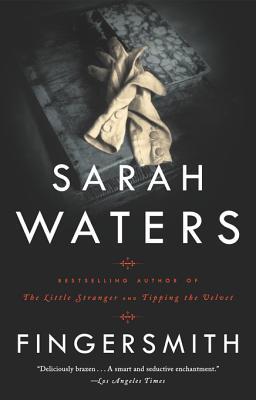 Sue Strinder is a seventeen-year-old orphan raised by Mrs. Sucksby and Mr. Ibbs, who run a house in a dark and dirty section of Victorian London dedicated to petty thievery (fingersmithing) and scams. Mrs. Sucksby told Sue that her mother had been hanged for killing a man, and although the woman only paid Mrs. Sucksby to keep Sue for a month, here she still was, seventeen years later. Sue says, “What’s love, if that ain’t?”

One dark December night Richard Rivers arrives (he is known to the household as “Gentleman”) with a proposal for a get-rich scheme. Gentleman, 27 and debonair if only in a faux way, has heard of a girl Sue’s age, Maud Lilly, out in the country west of London, who is to come into great wealth once she marries. If Sue would come to the house as Maud’s maid, she could help Gentleman con Maud into eloping with him. Then Gentleman and Sue would deposit Maud into a mental asylum and make off with the money. Mrs. Sucksby is delighted by the plan, and helps convince Sue it will make them all happy if Sue would agree.

And now I can say no more about the plot. But let me tell you that you will not be bored at any point in this 511-page book. The author’s prose is so evocative of 1862 London, with its crowded streets and its poverty and perverts and picaresque rogues, that it will come alive for you and suck you down into its dark interiors. Similarly, life at Maud’s country estate is so well limned you acquire a sense of what a wealthier existence could entail down to smoke and ashes from “the sputtering fire in the vast old grate.”

Scene from London in the 1860s by photographer James Hedderly

How purely the author gets to the heart of the matter! Listen to this exchange between Richard Rivers and Maud:

“‘You are a lady,’ he says softly, ‘and young, and handsome.- I don’t speak from gallantry now, you know that. I say only what is true. You might do anything.’

‘You are a man,’ [Maud answers.] ‘Men’s truths are different from ladies’. I may do nothing, I assure you.’”

There are many startling examples of well-crafted prose in this book that I cannot share for fear of compromising the plot. How precisely the author captures the sharp, bitter hurt of betrayal! How movingly she conveys tenderness and innocence, and how chillingly depravity. There are as many different gradations of cruelty and evil in this book as there are of warmth and love. Moreover, there isn’t a cardboard character in the lot; they are as complex but real as you could wish for in a book.

Evaluation: Sorry I can’t tell you much about why this is such a good book, but of course, that’s part of why it’s so good! Get this book and get ready to stay up late, to gasp, to cringe, to swoon, and to become a rabid fan of yet another wonderful author from the U.K.

30 Responses to Review of “Fingersmith” by Sarah Waters