Sunday Salon – Review of “Cutting for Stone” by Abraham Verghese

I defy anyone to be unmoved by this saga of twin boys, Marion and Shiva Stone, born in 1954 to a British father and Indian mother in Addis Ababa, Ethiopia. They were born at “Missing” Hospital, which was how Ethiopians (mis)pronounced “Mission” Hospital.

Marion and Shiva’s birth parents – a doctor and nurse at Missing – do not raise them. Rather, they are raised by two other doctors from Missing: Hema who takes on their mothering, and Ghosh, who is seduced both by Hema and the twins into becoming a husband to Hema and father to the boys. Their household also includes Almaz, the former maid of Ghosh, and Rosina, who is the former maid of the boys’ birth father. When Rosina has a child, Genet, she is raised like a sister to the boys.

From their adoptive parents, Marion and Shiva develop a love – obsession even – for the pursuit of medicine; their devotion to learning this craft permeates the story. We are humbled by reading about the noble dedication and honed artistry of those who try to heal the wounds of the body and the soul. Perhaps the most important treatment of all, we learn, is that which is administered by way of the ear: words of comfort.

A mirror-image theme is that of the panoply of medical problems that affect the characters in the book; most of the medical crises they face can be traced to choices they have made in the heat of passion, whether out of love or hate or anger or fear or jealousy. Those needing care and those who care for them are bound together like the complementary bases in the strands of DNA. The characters wind around each other, conjoining and separating and recombining, always seeking completion.

A third theme is that of “tizita,” a word particular to Ethiopia, and yet descriptive of a universal concept.

“Tizita” is a word in Amharic (the official working language of Ethiopia) that has three meanings, according to Dag Woubshet (Assistant Professor of English at Cornell from Addis Ababa, Ethiopia):

“It can mean, in the first place, memory and the act of memory. Some dictionaries parenthetically add nostalgia, or the memory of loss and longing—and nostalgia certainly evokes the word’s attendant mood, its melancholy, which is discernible in the way Amharic speakers use it even in the most quotidian exchanges. Secondly, tizita refers to one of the scales or modes in secular Ethiopian music, one that conjures up in sonic terms the word’s dictionary meaning of nostalgia. Finally, and incorporating the two, tizita refers to a signature ballad in the Amharic songbook, which always takes the form of an expression of loss. At bottom, tizita is a ballad about the memory of love loss.”

All three of these meanings are invoked in the book. 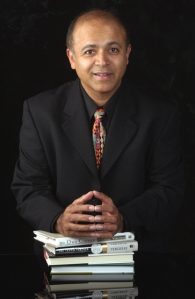 Marion, who is the narrator, weaves these thematic threads into the tapestry of the story with a panoramic sweep that takes us from the mystery of the twins’ creation, to their lives growing up, to their careers, to their friends, and family, to life’s most trying moments, and life’s most rewarding moments. Through it all, Marion’s voice never loses its honesty and clarity, nor its ability to evoke pain or astonishment or amusement or ardor.

It is his lyrical evocation of Ethiopia though, that will stay in your heart. He talks about the morning they were born: “…the big rain in Ethiopia had ended, its rattle on the corrugated tin roofs of Missing ceasing abruptly like a chatterbox cut off in midsentence. Over night, in that hushed silence, the meskel flowers bloomed, turning the hillsides of Addis Ababa into gold.” He gives us brief glimpses (never overdone or boring) of his world: The Women’s Clinic at Missing, framed by a hygenia tree that dropped orange blossoms on the steps; women in shimmering saris; push carts loaded “impossibly high” with bananas; piercing ululations of mourning women. The sky, in Addis Ababa, he writes, is “a mad painter’s canvas, as if halfway through the artist had decided against azure and had instead splashed ochre and crimson and black on the palette.”

Marion’s memories of his family are a vivid imagining of the senses: Rosina’s “braided hair marches back in neat rows, then flies out in a fringe that reaches her shoulders. She is a bouncing, rocking, and humming being.” When Almaz is cooking, “Mustard seeds explode in the hot oil. She holds a lid over the pan to fend off the missiles. Rat-a-tat! Like hail on a tin roof. She adds the cumin seeds, which sizzle, darken, and crackle. … Only then are the onions added, handfuls of them, and now the sound is that of life being spawned in a primordial fire.” The fingers of Almaz always carry the scent of crushed ginger and cumin powder.

It is not all joy in this book, although there are delightful moments of humor. Like any saga, especially one set in a hospital, there is heartbreak and there is loss. And with the backdrop of Ethiopia’s birth pangs as an independent nation in the 1950’s and 1960’s, there is also the clanging cacophony of political upheaval, civil war, revolution, betrayal, bravery, and acts of courage.

Some of the story unfolds in Boston and New York; at various times all three are “home” to Marion. (What is the definition of “home,” Marion asks? “Not where you are from, but where you are wanted.”)

Verghese, through Marion, brings all these people and their country’s history amazingly to life. As each character learns the value of the other, the intertwining is richer, and ensnares the reader into its web. You will not want their story to end. You will have no recourse but to find the nearest source of injera and berbere and wot – made only with kibe (Ethiopian butter) – and raise a glass of tej (Ethiopian honey wine) to Verghese, for this tour de force.